Τοῦ ὅλου οὖν τῇ ἐπιθυμίᾳ καὶ διώξει ἔρως ὄνομα → Love is the name for our pursuit of wholeness, for our desire to be complete
Plato, Symposium, 192e10 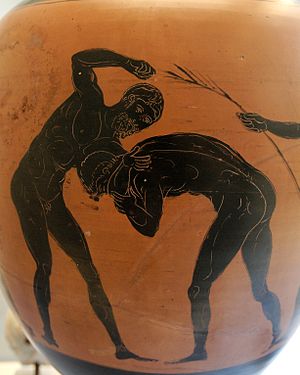